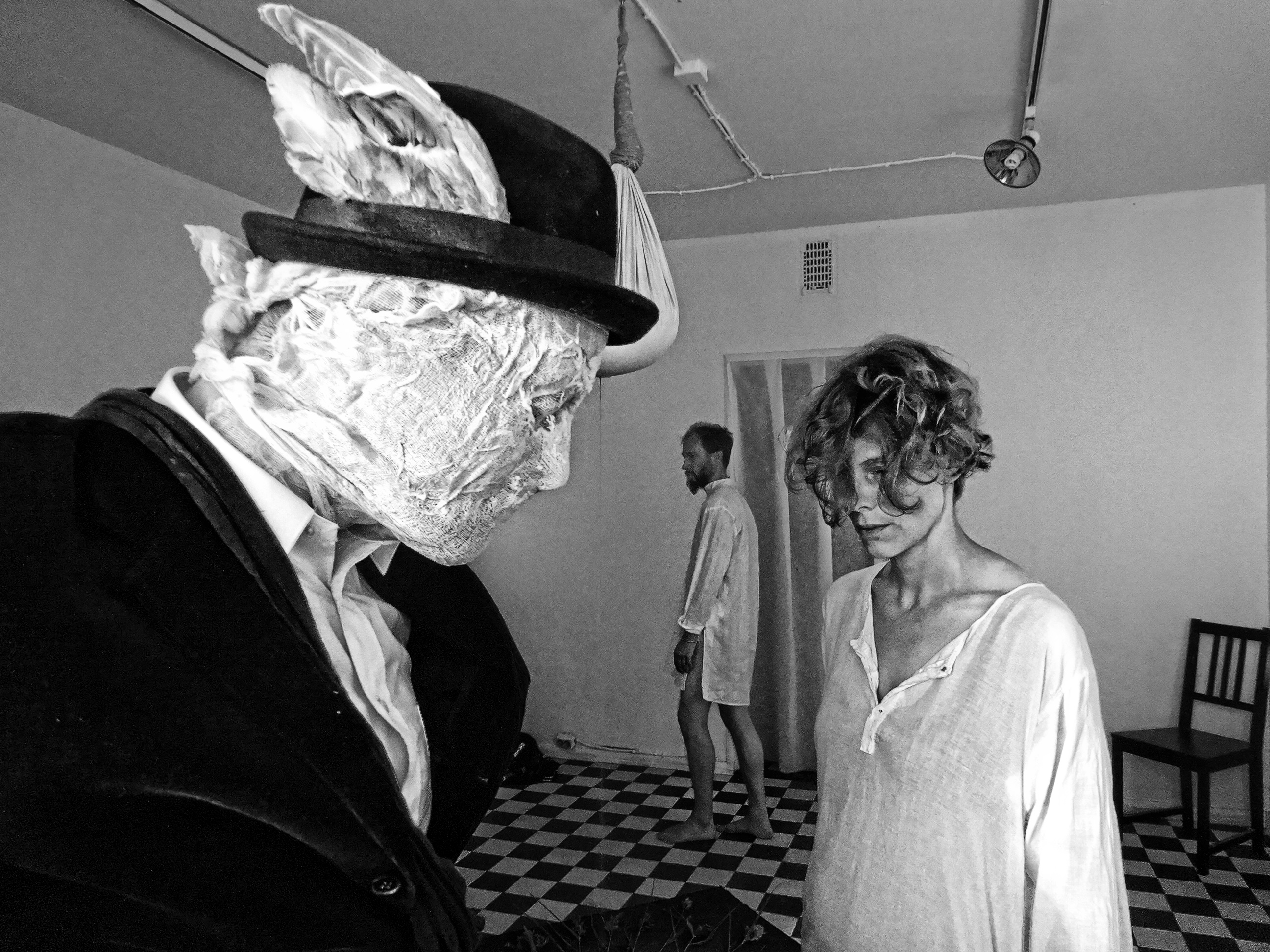 TRIALOGUE was a part of the body of work called Mysteries of Love and was exhibited at Gallery Oksasenkatu 11. It explored the cultural heritage of ancient Greece in the context of contemporary art. It was a processual and live installation cultivating the ideal of philosophy as a life path like it was for Plato and his contemporaries. The dialogue took place between three archetypal forces: Apollon, Hermes and Dionysos. The exhibition space was inhabited by these forces – the above by the shining Apollon, the between by the tricky Hermes and the below by the fertile Dionysos.

We continued working with the archetypal forces for the duration of the exhibition. 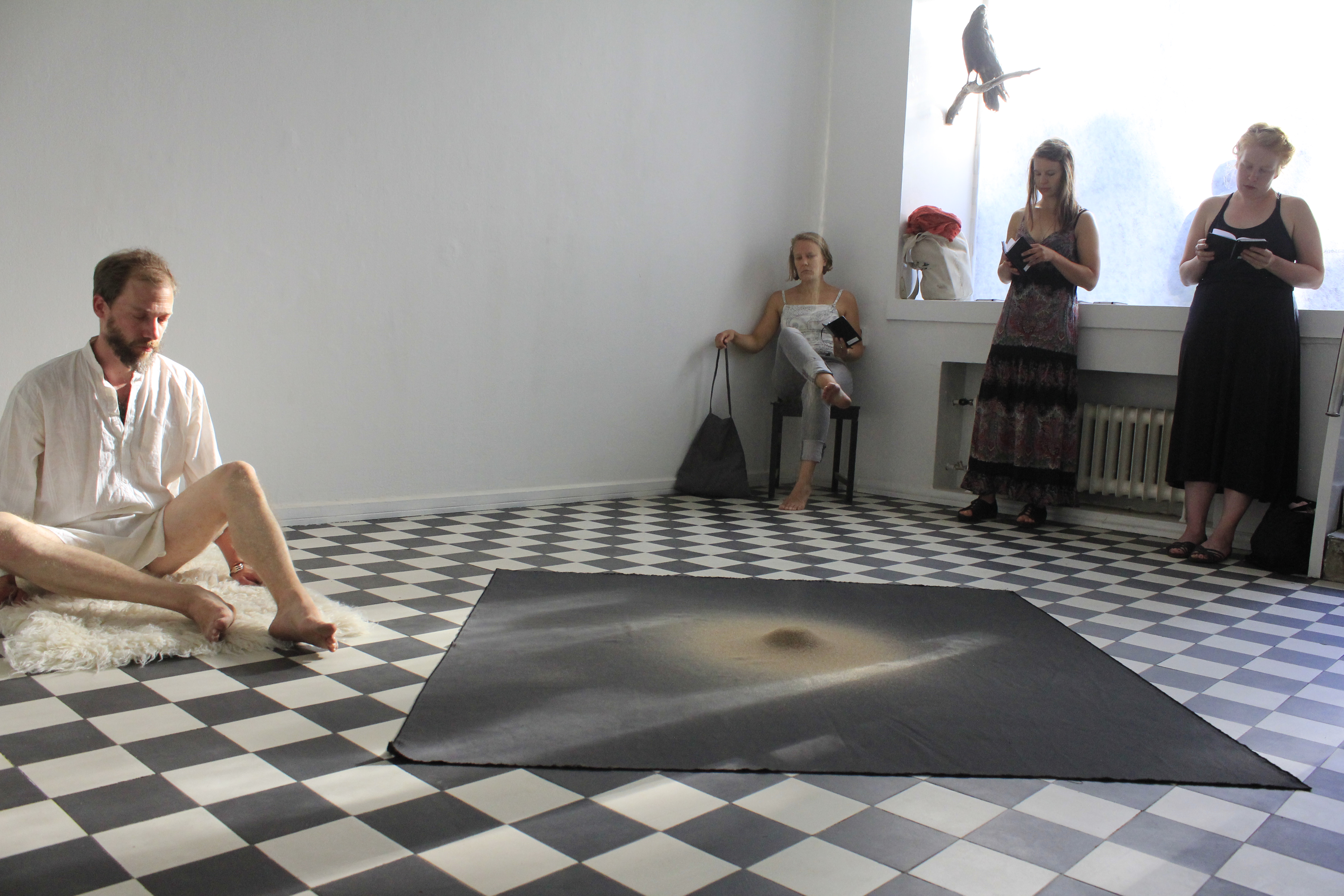 Apollon, the sun god. The god of clear vision, prophecy and poetry. On Apollon’s watch nothing is left unconscious. Like the arrow shot from the bow, his violence is served from a distance.

The Book of Apollon is composed as a pathway towards an awakened and revelatory state, helping us to experience our poetic bodies in time. 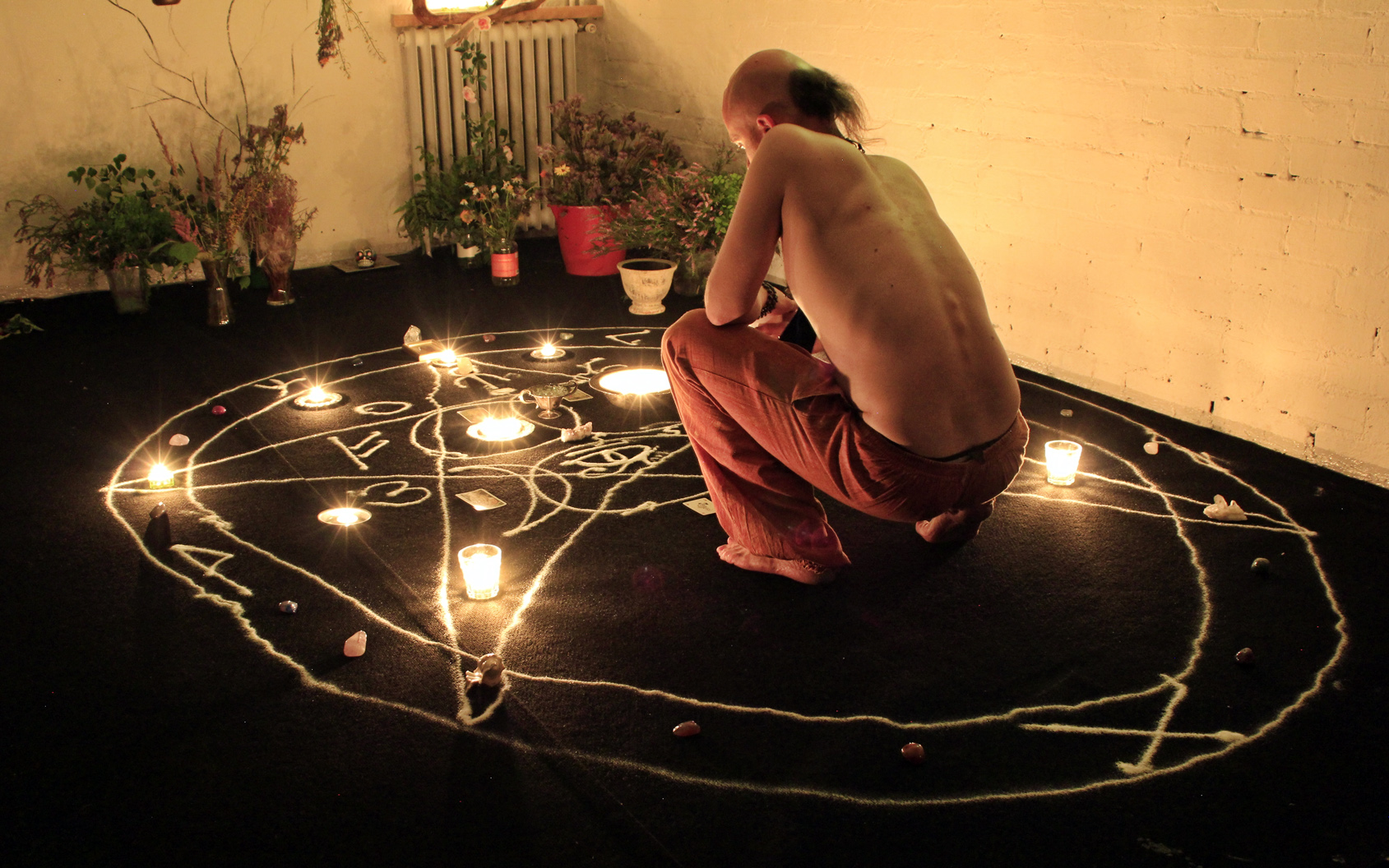 Dionysos, Eleutherios, liberator. God of vegetation, intoxication and affirmation of life, death and rebirth. He is the godfather of Greek drama, where he is manifested in the event of peripeteia, the point of no return. It is the exact moment between being bound and free; when wine bursts out from barrels, seed from phallos and milk from breasts.

In the Dionysian underworld, body and spirit are bound by ritual magic and liberated through primal trancework.

Hermes, the messenger, reveals the nature of life experienced as a journey unfolding. With his winged sandals, he moves freely between worlds, and gently guides souls to the underworld. Hermes is the patron saint of travellers of all kinds, traversing the bridge between the unconscious and the conscious mind.

Hermes, the trickster, dwells in liminal spaces and watches over boundaries, and thus he is found in most unexpected places. He finds expression through human imagination and experience, revealing the unseen connections between things.

TRIALOGUE sprouted from Reality Research Center’s 8-day mystery play Plato’s Symposium. The play premiered in the Conference of Theoretical Theory in New York in 2013 and the second edition is currently under development. The project questions the borders of art as such; its underlying structure is a mystery school dedicated to the study of absolute beauty.