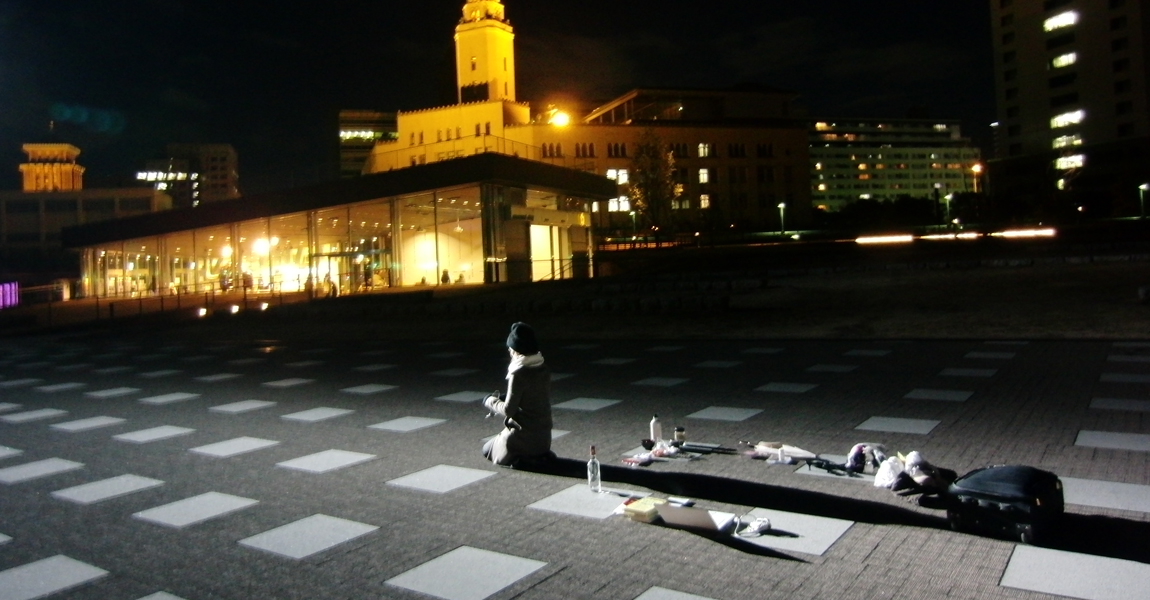 Sacred City was a collective quest for an experience of the sacred in the urban environment. Five artists from Reality Research Center and five from Tokyo set out to reinvent the concept, approaching it from a personal, firsthand perspective rather than through the prevailing religious and cultural contexts. The performance grew into a vision of a contemporary temple – a sacred place that is simultaneously subjective, cross-cultural and weblike.

The first phase of the project was realized in November 2010, at the Baltic Circle Festival in Helsinki. The ten artists worked together for 9 days, exploring, discussing and preparing for the performance. The Sacred City was performed on the 19th and the 20th of November at the Espa stage, which is an outdoor space in the heart of Helsinki with glass walls and a basement. The performance was an installation-like 5-hour event, in which the members of the audience could take part in several one-on-one or communal scenes with the performers both in the indoor spaces and out in the urban space.

The second phase of the project took place in Yokohama, Japan. During the second workshop, a new version of the performance was created and finally performed at Zou-No-Hana Terrace, a cultural center in the Yokohama harbour area. Sacred City was part of TPAM (Performing Arts Meeting in Yokohama, former Tokyo Performing Arts Market and the IETM – international network for contemporary performing arts satellite meeting. The performance followed the same kind of structure as the one in Helsinki, being composed of several simultaneous intimate scenes, in which the audience members of take part in their own rhythm. However, the scenes themselves where new and created site-specific in Yokohama.