”A recurrent theme in our conversations of Plato’s Symposium has been the crisis of language,
the breakdown of logos, in the face of such a complex and transformative experience.
An inevitable futility seems to shade our every endeavor
to illuminate those who were not involved about our experience.”
Igor Rodriguez, scholar

“Got me menstruating.”
Spectator

Beauty as such exists; the world as we see it is a mere reflection on the wall of a cave. These contemplations are at the heart of Plato’s Symposium, a mystery school of beauty and an 8-day Socratic mystery play.

In their original form, the metaphysics of the Ancient Greeks were theories that were enacted in practice: verbal dialectics in the Akademia, mystery plays at the théatron. In Plato’s Symposium this cultural heritage is challenged in the context of contemporary art. The origins of theatre, the mysteries of love and the possibilities of participatory performance are all in play. 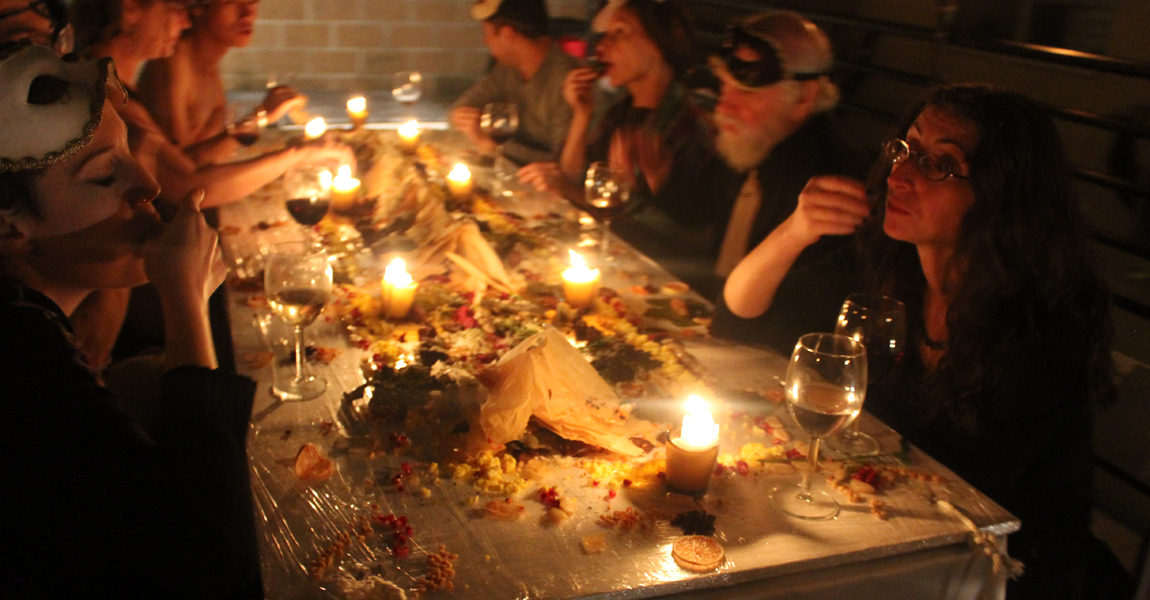 The mystery play is set for twelve participants and strives for an experience of absolute beauty. It consists of five acts. Each participant takes the role of the protagonist of their own performance. The acts are spread out over an eight-day period; while the first act is unique to each participant, the fifth and final one is common to all twelve. The mystery play is under constant development and welcomes invitations to be performed in new contexts.

The first enactment of Plato’s Symposium was realized in the Conference on Theoretical Theatre in New York City in September 2013. In the conference, there were a group of scholars and artists who gave performative and textual responses to the pieces in the seminar following the first festival week. An article about the conference available in Culturebot and Apollo’s blog diary: Part 1, Part 2, Part 3, Part 4, Part 5 and Part 6.

Mysteries of Love was originally developed as a part of Utopian Reality, which was Reality Research Center’s research project during 2012-13. Utopian Reality strove to create utopian practices and forms that could enter the society and the everyday life of their participants.