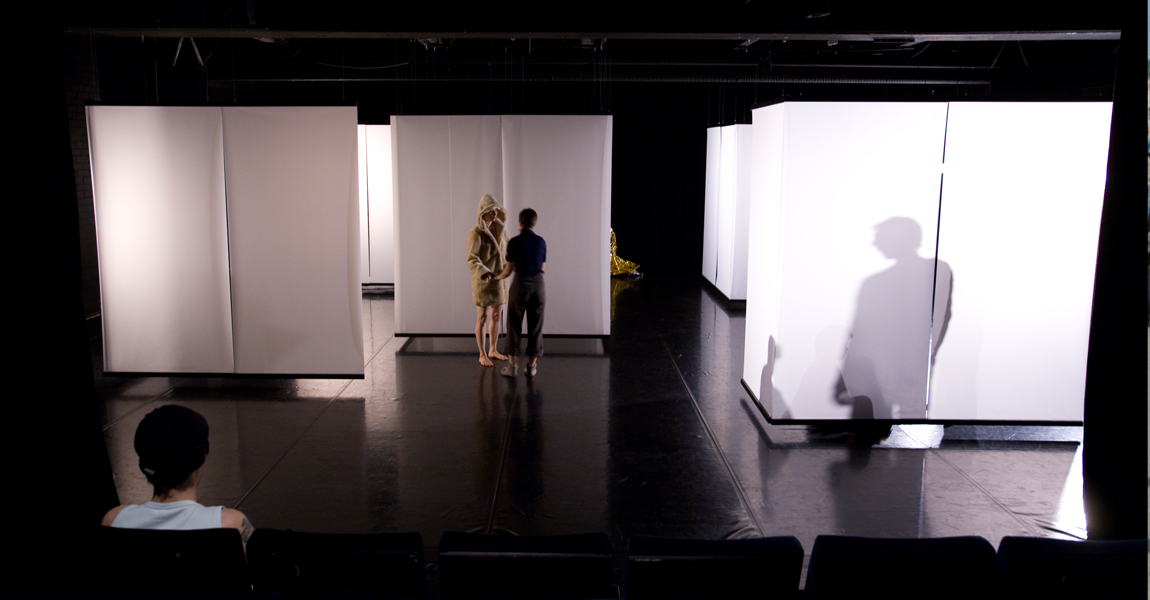 REALM OF THE INVISIBLE

The Realm of the Invisible was a part of the research year led by myself and Julius Elo on the subject of Body of the Spectator in a Performance. It was an installation performance consisting of bodily one-on-one encounters, where the spectators where led blindfolded from one performer to another. It was performed in two different art environments: an art museum and a theatre.

Our research focused on the connection between people, the exchange of energy, and the sacred – things that cannot be seen. It seeked to merge every-day life, intimacy and fantacy into a network of bodily encounters. The performance claimed to be a possibility to be close, vulnerable and loving.

The Realm of Invisible was performed in Contemporary Art Museum Kiasma and in Theatre Hurjaruuth in Helsinki in October 2010. After the research year we published the book Kokeva keho (eng. The Experiencing Body).