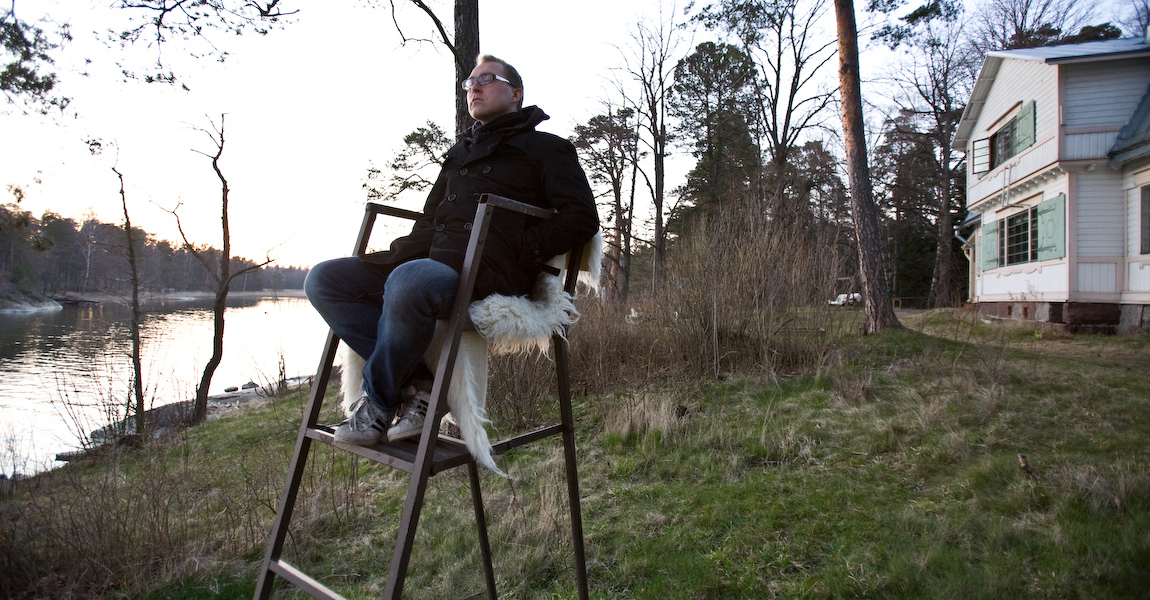 “Now I know what does it feel like to be a flower.”
anonymous spectator

”I just have to be. That’s hard.”
Laura Kytölä, Helsingin Sanomat

Renunciation was a performance in the form of a retreat.

The location was an old wooden villa, inside and outside of which the audience lived 13 hours of performative time. The performance started before sunset and ended after sunrise. During this time both social and private everyday actions – eating, washing up, sleeping etc. – blended into the performance.

A retreat is a performative setting answering to the human need to know oneself. The detachment from ordinary life, rhythm and environment create a space of reflection. In Renounciation, an artistic form of this withdrawal took the participants of the retreat stage by stage deeper into their own inner worlds and into a contemplation of their aesthetic, ethical and spiritual relation to the external reality.

Renounciation consisted of four acts. In Descending the participants arrived to the villa individually, renounced their phones, wallets, keys and such and were guided into silence and a bodily sensitive way of being. In Being, they had the possibility to step into several different scenes, each of which was set for one person and asked for a renunciation of a spesific thing, for example space, time, goal, power, self or distance. In Dreams, they slept. In Ascending, they were guided towards returning to the world.

The performance was part of the research plan of 2008, Body of the Spectator in a Performance, and it was set for ten spectators at a time.

“The form of the subjectivity called forth could be called the close one, even the loved one.”
Terike Haapoja

“I can’t criticize the performance, since it doesn’t exist separate from me.”
anonymous spectator