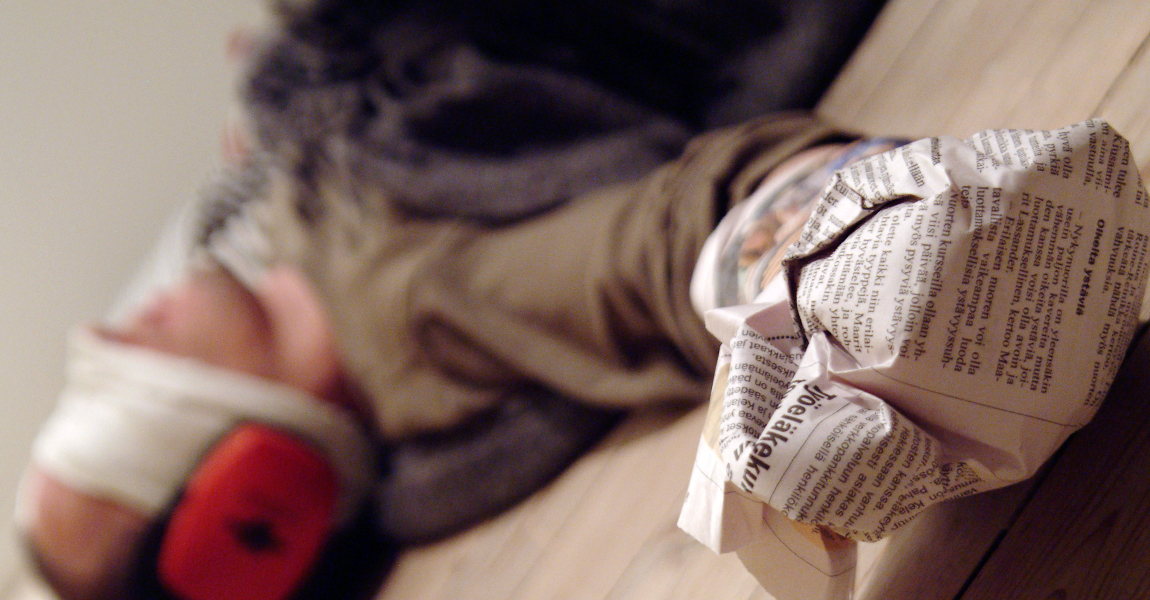 ”The performance acts as a mirror of subjective experience (…) Seldom is a performance so thoughtfully and simply able to communicate its concept of reality and world view as in State of Being. In addition it lures the one experiencing it to consider her own views.”
Teatteri – the finnish theatre magazine

State of Being was a performance for one spectator at a time. The dramaturgy was constructed as an experiential path of the spectator; much like a theatre play, but using the mind and  the body of the spectator as it’s stage. It was devided in two acts; the first act happened outdoors, in the urban environment, where the spectator (or experiencer) perceived the city and her own existence in it guided by an audio tape. The second act took place in a private apartment, where the ”spectator” was blindfolded and guided through a journey of bodily impulses by dancers.

The performance was directed by Julius Elo; I was responsible for creating the audio journey of the first act and was also involved in creating the bodily journey of the second act, for example by using my expertice in shiatsu massage. The whole of the performance drifted through the ordinary – the things that perhaps in normal life get no attention from us – and directed the attention of the spectator to her own way of being in the world. How am I and how do I become real? How do I experience and see reality? In State of Being, we strove to empower the human being as a sensitive, perceptive and bodily being.

A lot of this rose from challenging ”the tyranny of the eye”, the visual-oriented way of experiencing the world and of making art. By guiding the perception through unusual pathways the performance attempted to open up the conciousness for new ways of being and new fields of experience, to give a possiblity to surrender to the magic of life.

State of Being premiered in Helsinki 16.1.2007 and was performed both in finnish and in english. The duration was approximately 2,5 hours.

”Both personally and artistically a ground-breaking experience!”

”If everybody would experience this there would be no wars.”

”It gave me a mindless illusion.”

”It gave me a puzzling, abstract, experiental but most of all a sensual feeling.”