There are as many individuals accepted as citizens in the borough of Kallio in Helsinki as there were in Athens of Ancient Greece. Plato, a visionary who resided there, trusted in the goodness of people as he assembled the cornerstones and ideals of the European society to come in the form of the dialogue called The Republic. More than two millenia later the democratic system still struggles for its existence and goodness is not mentioned in political discussions.

The mystery play Plato’s Republic by Reality Research Center premiered in Helsinki in August 2017. It seeks the position of theater in the contemporary polis – the borough of Kallio fucntions as the stage on which the audience of citizens imagines a community out of itself. In Ancient Greece attending the theater was a civic duty; could it still be so? The Republic thrown into the frame of contemporary art evaluates what good means to us and how to be good together. We propose the aspiration towards good as the initial principle of politics.

Plato’s Republic consists of five acts, which are performed in consequtive days. The audience consists of 21 participants, who take the role of citizens. Act by act they contemplate common good and how to constitute a good republic in just manner. In the heart of the mystery play is thus the audience, or as fits better the frame of the performance, the people’s assembly and its members.

Act 1  Aletheia
The first act takes place at the marketplace. The marketplace, or in Greek agora, was the site of gathering in Ancient Greece. The city state surrounded the agora, on which political, artistic and athletic means were used for processing public issues. In the first act the citizens are led to contemplate the question of goodness – in the following three acts this question is expanded to three different directions.

Act 2  Physis
We are born of bodies, we share our spaces with bodies and we negotiate our limits with them. In the second act we contemplate on how to be together as bodies?

Act 3  Pneuma
Both people and societies have always searched for a relationship with something greater than themselves. In the third act we listen to how to be of the same spirit?

Act 4  Logos
The connection between body and spirit is transformed into concrete structures through the mind. In the fourth act we look for a way to think together.

Act 5  Politeia
In the fifth act the citizens step into the theater and bring it into play as the arena of politics. They receive the keys of power and give to the stage and the auditorium the meaning they deserve here and now.

Mysteries of Love aspires towards tangible, personal and political solutions to the crisis, with which the members of contemporary societies struggle in the age of environmental anxiety and post-colonialism. 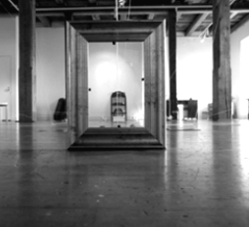